When I bought the Ibex, it was fitted with a single Optima Red battery, and a second one was included in the sale, but not fitted. On investigation, it became obvious that the (presumably standard) battery box is not big enough to hold a second battery. I know I'm not the first to suffer this problem, as Andy M noted it on his website www.red-ibex.com (now defunct).

Since I unexpectedly had some free time, I decided to fabricate a replacement box capable of holding a second battery. This turned out to be not so straightforward as it first appeared, with the chassis rails obstructing a simple box shape, and the seat mountings limiting the position of the access hole. 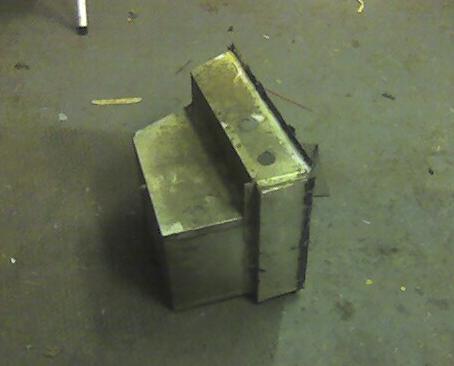 My first design was following the general shape of the existing box, with a square cutout to clear the chassis. While I'm certain this would have fitted the car perfectly, it proved impossible to load two batteries into it once mounted to the bodywork. With a limited supply of aluminium sheet (and skill!) I was concerned that a larger version would be impossible to fit to the vehicle (as it drops in through the top of the seatbox). The final version, after much measuring and pondering, has a few 45degree cutouts, and 'hangs out' the batteries toward the out edge of the seatbox. Even this proved a tight fit, with only a couple of millimeters clearance during fitting. 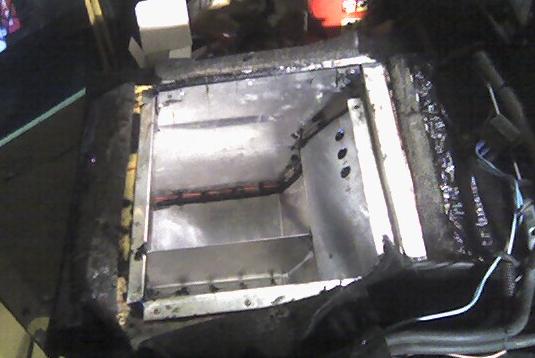 View from the back of the car, showing sloped side to clear chassis rail. This face is used for cable entry, and to mount fuseboard and solenoids. 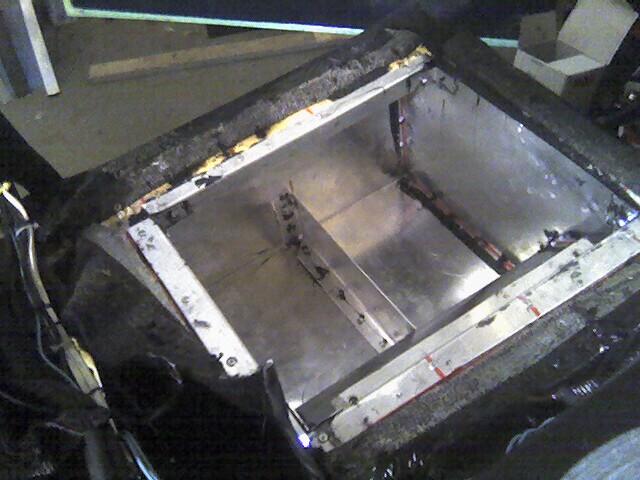 View from the drivers side, showing the box 'hanging out' to the kerbside of the seatbox.

The new holder is slightly deeper than the original one, but does not hang lower than the door sill rail at any point, and certainly is much higher than the fuel tank. I am a little concerned that the extra weight of the second battery may over strain the structure of the holder, but it will be a simple matter to add a brace from the outboard/base edge to the seatbox itself it it proves necessary. The holder is fabricated from only three pieces of aluminium, the sides and base all being folded from a single strip of metal. The front and rear pieces are rivetted and secured with 'Sikaflex' panel adhesive. Internally there is a brace between the two batteries which serves to further stiffen the structure.