Kicking around the shed for a while has been a battered Xplore iX104 Tablet PC. Despite the fact that this particular example has had a hard life (missing several case parts, slighlty broken LCD screen), it's still almost ideal as a platform for running OziExplorer or Multimap for an off-road navigation tool.

The main downside I found is that having no on-board serial port means either using the dedicated bolt-on gps module, which tends to be expensive and hard to find, or connecting via the USB. In my experience USB is not a good solution, as the large slide-fit plugs are vulnerable to vibration, dirt and damage. Any electrical interruption tends to cause the virtual COM port to disappear, and reappear with different identity. In turn the Nav software gets confused, and the PC frequently needs to be rebooted, and often the software re-configured.

Delving inside the Xplore, a better solution presented itself...

At one side of the motherboard is a small (40mm x 20mm) pcb which seems to perform some antenna switching for the (missing) WiFi antennas. That space could easily be given over to mounting a custom GPS module. The 'flush mount' connector used by the manufacturer for its own custom GPS is connected internally by a 10way cable and connector. Probing with a multimeter and examining the motherboard layout shows that a USB port is present, complete with a 5V supply rail. 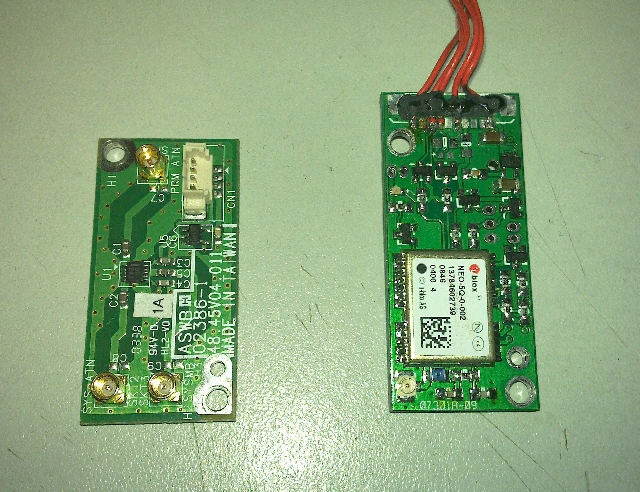 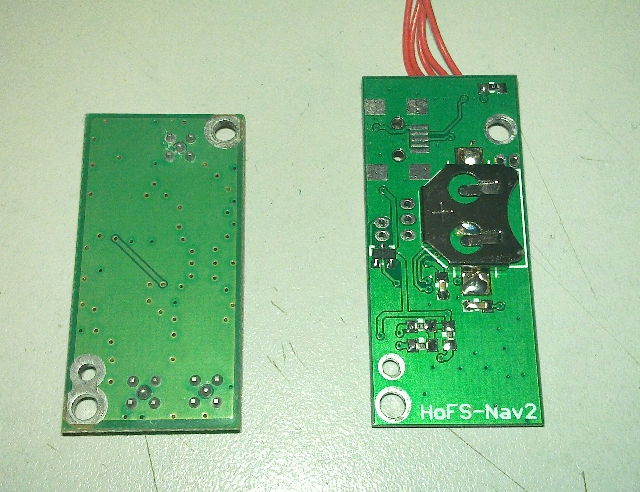 Comparing the new GPS board (Slightly larger) with the original WiFi antenna board.

So, one simple PCB design later, we have a uBlox 5 (or 6) high performance GPS module mounted and connected inside the tablet. The antenna connection is made via an SMA connector in the tablet casing, to an external roof-mounted antenna for best performance.

Performance is at least as good as any GPS I have used. In bench tests of the GPS board, a 3D navigation solution can be achieved indoors, using a few inches of solder wire as an antenna. Mounted in the car, GPS lock is lost only in tunnels (it doesn't tend to fit in car parks). 3D lock is usually achieved from start up before Windows XP and the navigation software have finished booting. 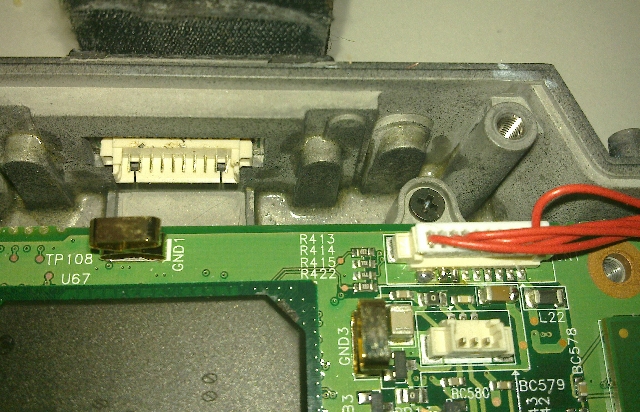 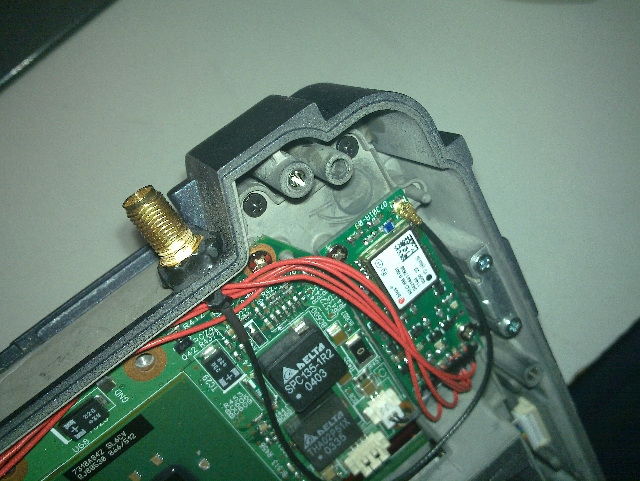 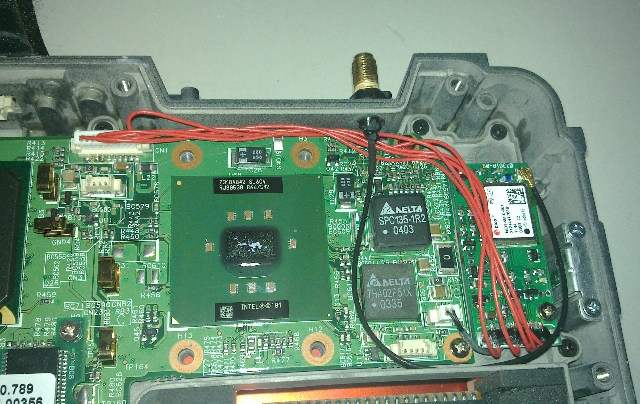 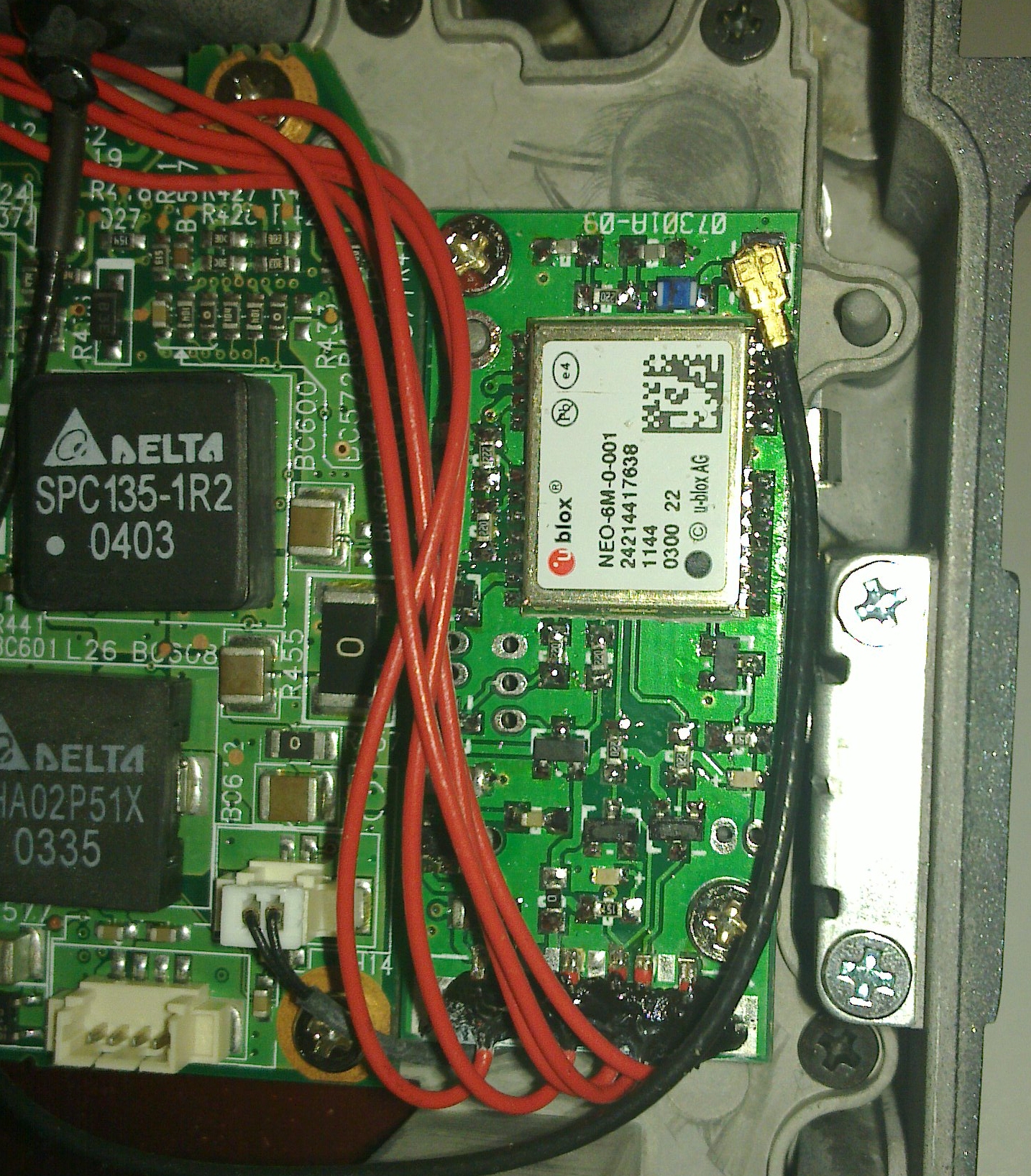